You don’t have to be vegan to love this recipe! And if for any reason you are not a vegetable fan, this recipe will make you a cauliflower convert!

Al Pastor, meaning the Shepard, is the result of a direct Lebanese influence on Mexican cooking. The first wave of Lebanese food influences came with the Spanish in the 16th century. The Moors food culture hit southern Spain in the 8th century. Their spices and cooking methods were then brought over to the Yucatan by Spanish explorers. In the 19th century the second wave of Spanish immigrants, this time business men and families brought more Lebanese influences to the area.

Al Pastor tacos are a local spin on Greek Gyros, Turkish Doners and the Lebanese Shawarma. These recipes cook seasoned meat on a spit which is served on either pita or flat bread. It is easy to see how this was transferred to the Mexican tortilla.

Al Pastor uses the same cooking method – layers of meat, in this case pork, are stacked on a horizontal spit and slowly cooked. The spices used to marinate the meat is what differentiates the recipes. In Mexico, chilis, oregano, pineapple and in some regions like the Yucatan achiote paste is the seasoning used. This is contrary to the European/Lebanese influence where lamb is seasoned with oregano, parsley, cumin and lemon.
In the Yucatan this dish is called Al Pastor, in other regions of Mexico this dish is called Tacos Arabes, Tacos Adobo, Tacos de Trompo or if served with cheese, a Gringa. 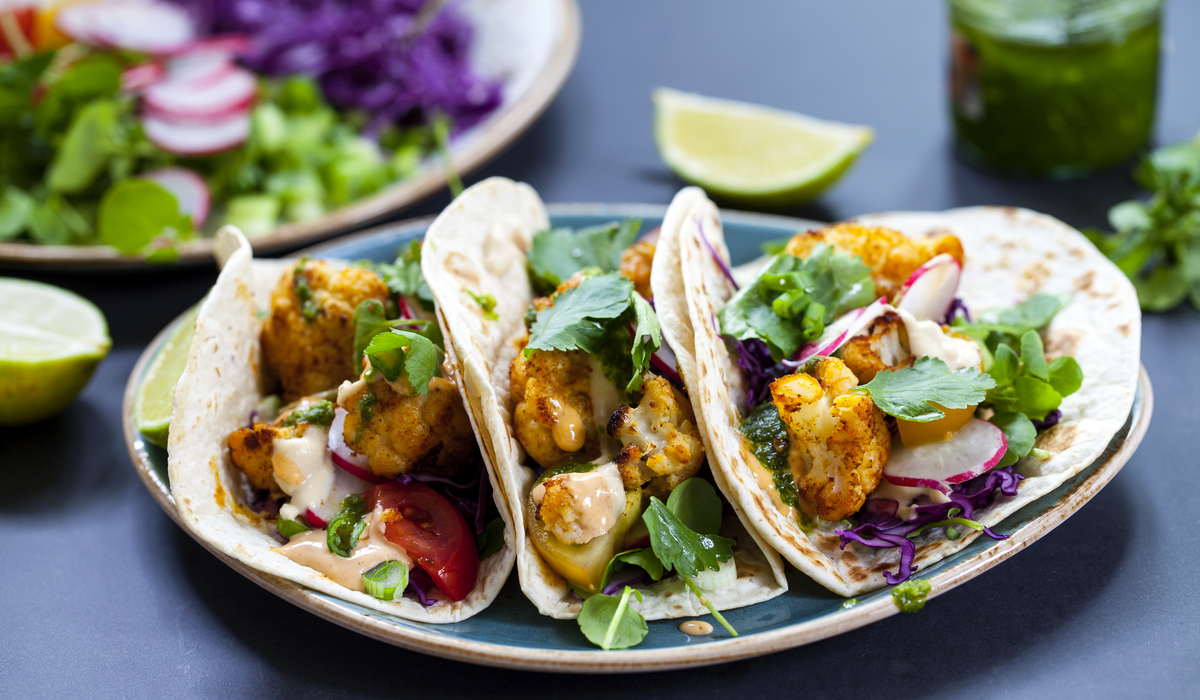 This vegan recipe successfully creates the same flavor of the Tacos Al Pastor. Having tasted both, I have to say, this vegan recipe rocks. It is a lot faster and easier to make if you are looking for a taco that you can whip up in just a few minutes. Note: this recipe does use achiote paste. If you are unable to find achiote at home, there are recipes using chilis and local spices that will create a similar flavor.

How To Make It

Easy no? These tacos let you introduce Mexican flavors to your vegan or even non-vegan friends. If you make smaller tortillas, these can be served as an appetizer. If you use full size tortillas, they are great as a meal.