Las Casas Gemelas are just two of many architectural gems that line the famous Paseo de Montejo in Merida. Local Hacienda owners bought up streetside properties in the late 1800s and early 1900s along this Champs d’Elysees look-a-like and main avenue in Merida. The French and Italian Renaissance-inspired homes are more like palaces that single-family dwellings. Casa Gemelas, the twin houses, are the starting point of Paseo Montejo and the architectural journey found on this famous Merida avenue. 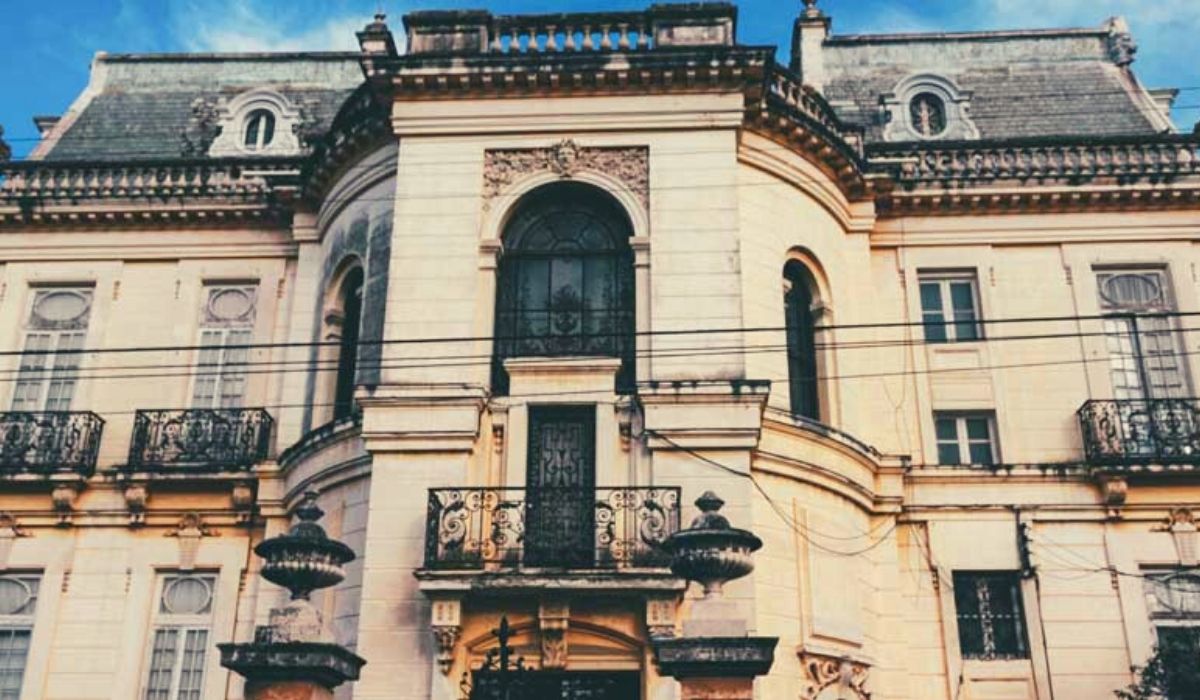 The Twin Houses Are Not Identical Twins

The Gemelas Houses were build a decade or more apart and purchased by two different families. Architect Gustave Umbdenstod and Engineer Manual Canton Ramos, the same Engineer for Palacio Canton down the street, oversaw the construction of the first home in 1904. After the main home was completed, the original owner, Fernando Barbachano, continued to add ornate architectural embellishments that were popular at the time. His home is uniquely different from the second Casa Gemelas that is located right beside the first.

The second home was purchased and built much later and has remained within the Mendez family ever since. Unlike other Paseo Montejo ‘palaces’ that have been sold off to the city or corporations, both Casas Gemelas remain privately owned with few changes made to the French-inspired exteriors.

When you see Casas Gemelas, the differences between the two houses is quite obvious, but the similarities override the ornate highlights on one of the houses. What I love about both houses are the ornate wrought iron gates and balconies. Could this be any more French? Could it be any more luxurious? I continue to be inspired by the beauty of this street.

There are many more houses to view on Paseo Montejo but the Casas Gemelas is your signal that you have started a unique architectural journey at the most southern point of Paseo de Montejo.

At the base of Paseo Montejo in view of the Casas Gemelas, Merida comes alive with artists, entertainment, and dancing at the Noche Mexicana, Mexican Evening. Locals and visitors gather to celebrate Mexico, the unique Mexican lifestyle and its culture in an evening of entertainment and food. This fun evening is open to the public and a must during your stay in Merida. You will also have the great pleasure of seeing the historical houses on Paseo Montejo at night which provides a different feel and synergy found during the day. There is a colonial romance to this street during the evening that we love

Address – Paseo Montejo No 469 between 33A and 35
Getting to Casa Gemelas from Plaza Grande – Head north on Calle 60 to Calle 49. Turn Right onto Calle 49 for two blocks and you will see the grand entrance and park that highlights the beginning of Paseo Montejo. Casas Gemelas are on the west side of the street. If you want to take in the entire experience of Paseo Montejo, this majestic avenue is 3.7 kms long. The avenue is closed to traffic on Sunday mornings for Merida’s Sunday walk and ride day designed specifically for families and visitors.