Merida has so many must-see historical sites in the city. The rich history of this Yucatan capital city has something for everyone. I am drawn to the architectural details of these buildings, returning again and again to view the European influences that have made Merida famous. Having many of the architectural gems within walking distance to the office means I get to sneak out and be inspired any time during the day!

Palacio Canton is a magnificent building that is home to one of the best Regional Museums about the Yucatan and Mayan culture. It plays double duty to architectural and cultural history. INAH (Instituto Nacional de Antropología e Historia – National Institute of Anthropology and History) purchased this building that was originally designed for General Francisco Canton in the early 1900 as his residence. The original architecture is untouched and the contents of the museum just as appealing. 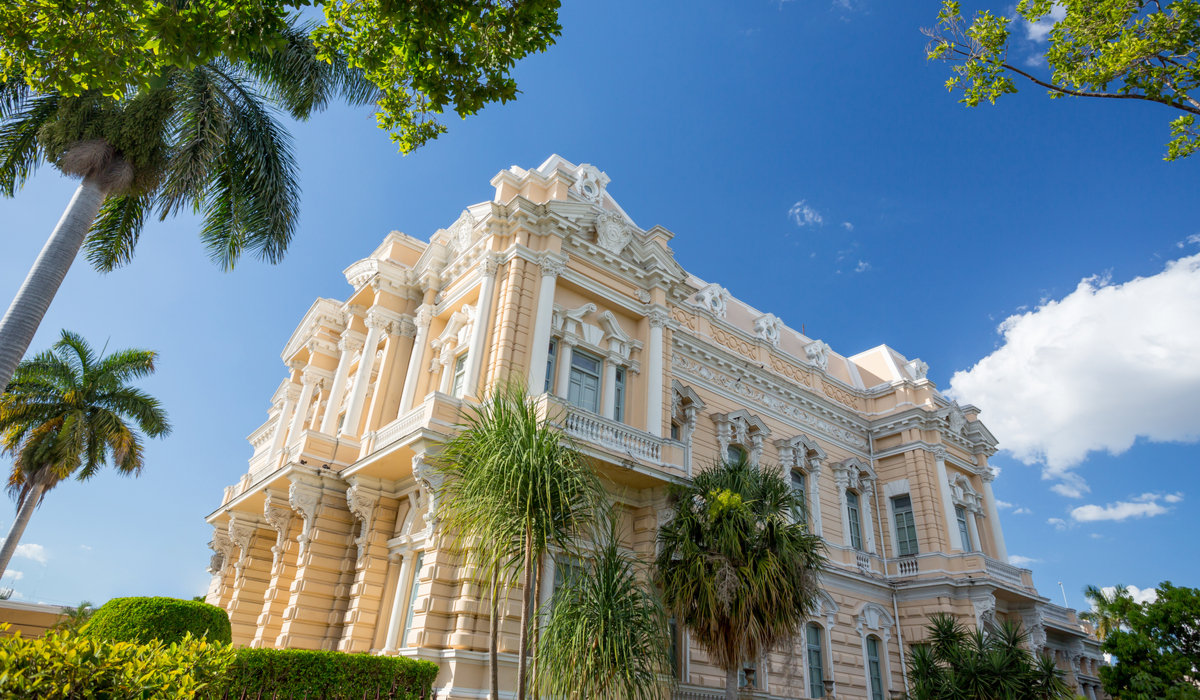 Unlike other ‘palaces’ located on this grand avenue, Palacio Canton is built of various materials – plaster, marble and cement. The interior marble staircase is architectural feature that leaves me in awe. The stairs, spindles and handrail are all made of marble. I fully appreciate the work that has gone into this masterpiece after renovating our own Merida homes. The attention to detail throughout the interior blows my mind. I continue to be inspired by the plaster work on the ceilings, the vaulted ceilings, and French embellishments throughout the house. It was not the largest home on the street but it is the most iconic. From the gardens to the interior, General Canton, enjoyed luxury for 6 years in Palacio Canton before his death.

The Many Lives of Palacio Canton

With the architectural details still intact, it is remarkable how many transformations this home has experienced over the years. The Merida School of the Arts called Palacio Canton home for many years, as did the History and Anthropology Museum. The Palacio did undergo many renovations but by smart renovators who maintained its original glory. In 2012, the last renovation of the Palace was completed by INAH as it unveiled the new Museum of History of the Yucatan and Mayan culture. Mayan and Yucatecan artifacts are artfully displayed in the grand rooms of the palace. I did see the Yucatan textile exhibit last year and it was fabulous. The Building was the perfect backdrop to showcase these textiles.

On Calle 56 just off Paseo de Montejo is the home built for General Canton sons. This home is not open to the public, as it is currently a private residence, but the exterior of the home deserves a sneak peek.

Location and Hours of Palacio Canton in Merida