Xcaret is one of the Riviera Maya’s prized ecoparks that educate over one million visitors per year about Mayan history, local marine and wildlife, indigenous culture, and the delicate ecosystem that defines the Mexican Caribbean. Its history is fascinating, the decisions and visions that developed the park determined partly by the history of the area, and partly by an architect, with insight from a family of entrepreneurs, who felt that the property should be part of a bigger and more public plan.

If you are unfamiliar with Xcaret, read an overview of the eco park and understand its impact today. If you know and have experienced Xcaret, the history of the parks development is as intriguing as the cultures it represents. 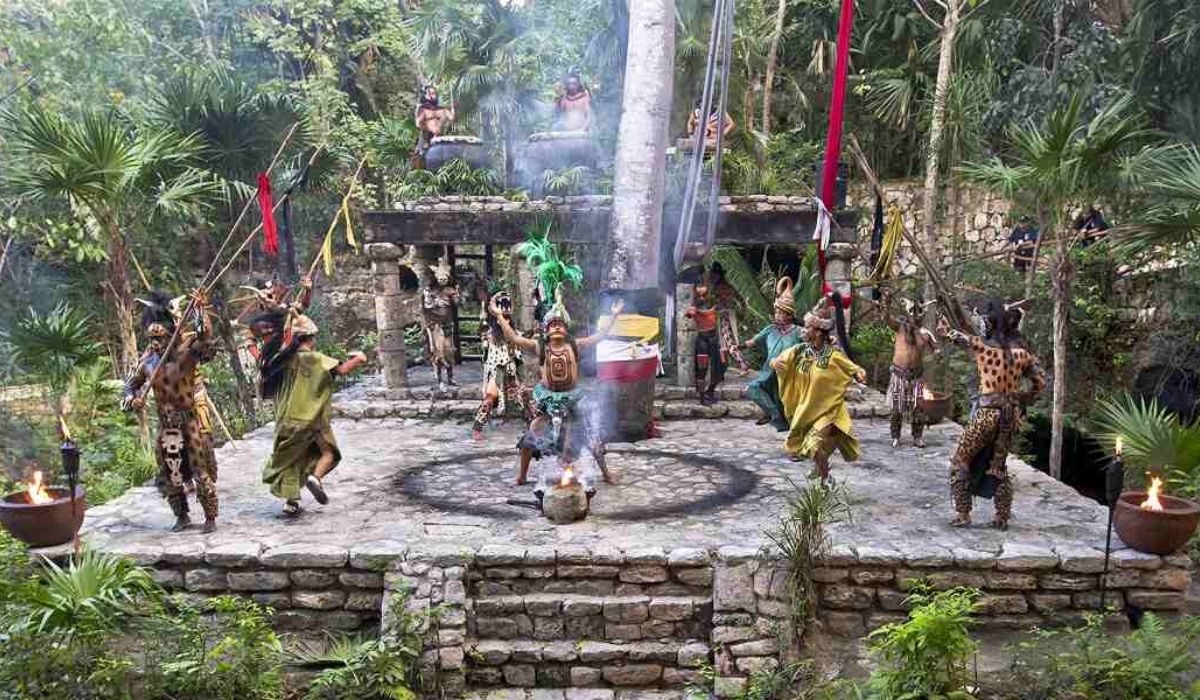 In 1984 the current Xcaret property was a privately owned piece of land (12 acres in total) that one man wanted to call his own. Miguel Quintana Pali was determined to build a little piece of heaven on the coast of the Caribbean for his extended and immediate family. A trained architect, he loved the natural beauty of the property. He thought of it as a clean palate where he could design the perfect personal retreat.

As he cleared the land, he discovered underground rivers, lagoons, and finally remnants of an ancient Mayan city. He contacted INAH – the Federal Institute of History and Anthropology – to dig deeper into what he found.

It was discovered that the property was part of an ancient Mayan city. This discovery sealed the deal for Pali, as his vision switched from a private residence to a public venture that is now Xcaret.

A Man Passionate about Mexico

When Pali talks about his switch from a private to public property, he comes across more like a shaman than a businessman. He explains how the land spoke to him, how the land presented a vision of sustainable tourism. These whisperings continued as he uncovered and experienced more natural treasures both on the property and in the sea; underground rivers, lagoons, orchids, wildlife nests, marine life, archeological findings. The eco park was a natural evolution that formed from the building artifacts, the cultural history that existed on the property. To this day, he feels that his job, with the help of the Constandse brothers, was to bring an audience to what he found in the jungle. Xcaret, meaning little inlet, was the perfect place to showcase the extraordinary assets Mexico has.

With the assistance and expertise of INAH, marine biologists, anthropologists, cultural experts, and local people, Xcaret was opened in 1990, a natural stage that would share Pali’s love of Mexico.

A Teacher of Mexican History and Culture

Pali believes that Mexico’s 31 states are actually 31 countries that have 31 unique histories, traditions, and cultures. Xcaret was the platform to show the unique history of both the Maya and Mexico’s inherent diversity. The success of Pali’s first attempt to share the history, culture, and traditions he is so passionate about, has created further opportunities to revive ancient and almost forgotten traditions. The park features local festivities – Travesia Sagrada Maya – the annual crossing from Cozumel to the mainland that honors a fertility ritual instrumental in the regional Maya culture, and Mexican festival – Day of the Dead – the annual honoring of ancestors who have passed from this life but are honored November 1 in families homes across the country. Visitors can watch a Mayan ball game under similar conditions that this game was played in cities like Coba, Chichen Itza or Ek balam. The famous dinner theater show, Xcaret Mexico Espectacular, depicts Mexican history though a colorful show that engages international visitors.

This is Not a Fantasy Theme Park

Since its door opened in 1990, Xcaret builds upon its unique feature – providing a living history to visitors. Park activities are interactive and participatory events. Their festivals are a combination of actual area residents and staff. Teams train through the year to participate in the Travesia Sagrada Maya. Local residents are invited to create their Day of the dead alters at the park.

Current culinary history is shared at private chef tables and in the Mexican wine cellar and tastings. Marine biologists have created an educational and breeding program for sea turtles and macaws. These programs fuel an understanding for marine conservation and protection of our oceans.

Pali, with the help of national experts, built a living museum at Xcaret that support and uphold the principles of quality, professionalism and sustainability. He was committed to building a park that maintained and protected the natural environment that originally spoke to him. Sustainability is at the core of his designs and continued vision of what is now Experiences Xcaret, a collection of various experiences that highlight the past, present and future history of Mexico through additional natural parks and tours throughout the Riviera Maya and Yucatan.

What is unique about Xcaret is the focus on reality, not fantasy like other popular international theme parks. Disney, Nickelodeon, Universal Studios are in the business of selling fantasy, created interactive realities. Xcaret has taken a natural environment to preserve culture, history and traditions through education, experiences and passion.

Curious? Visit any one of the parks created by Pali and the Constandse brothers on your next vacation. Xcaret and Xel ha are eco parks that share local and national history, where Xoximilco shares a Mexico City tradition through riverboat dinners, and the new Xenses creates a sensory experience for visitors interested in gaining yet another deeper understand of Mexico’s natural resources.