The Last Standing Mayan Community in the Yucatan

Uxmal and Chichen Itza can overshadow the Mayapan Ruins, but reconsider your ruins visits as Mayapán is a worthy site to see. This site will add to your education and understanding of the Maya. Mayapán was the last standing civilization before the arrival of the Spanish and holds a wealth of information.

Mayapán is considered the last great Maya capital, dating back to the beginning of the Common Era and reaching its Golden Age in the Postclassic Period. The city was in operation just before the Spanish conquered the region. The rich history of Mayapán has fueled years of archaeological study starting in the mid 1800s when Stephens discovered the site. Discovery and study continues today with US-Mexican archaeological teams digging deeper into its history and impact on the region. Mayapán could be considered the most studied Mayan settlement in the region.

It is believed that this city once had a population of 12,000 inhabitants within the protected walls of the city center with an additional 5,000 inhabitants living outside the defense walls that surround the settlement. The actual date that Mayapán was settled is under controversy. Some archaeologists believe the city began in 1000 A.D. under an alliance with Chichen Itza and Uxmal. As Chichen Itza came to its demise, King Kukulkan II of Chichen Itza took over as the King of Mayapán and ruled the city between 1263 and 1283 A.D. in an effort to regain his power in the region. After his death, the aggressive Cocoom family obtained power and used Mayapán as a base to conquer northern Yucatan. They succeeded and the Cocoom ruled for 250 years until 1441-1461 A.D. In 1461 A.D., the Xiu family, based in Uxmal, slaughtered the Cocoom family and took over the city.

Mayapán was a powerful urban center that eventually became the sole political and cultural force in the Yucatan. The social hierarchy is well studied and shows evidence of a high level ruling class made up of priests and kings, skilled laborers made up of tradesmen and craftsmen, and agricultural slaves that worked the fields around the walled city.

The US-Mexican archaeological teams that continue to study and uncover more information about this final Maya civilization work round the clock to decipher the evidence found on the grounds of Mayapán. If you are looking for a deeper understanding of the Maya, this is the site to visit. 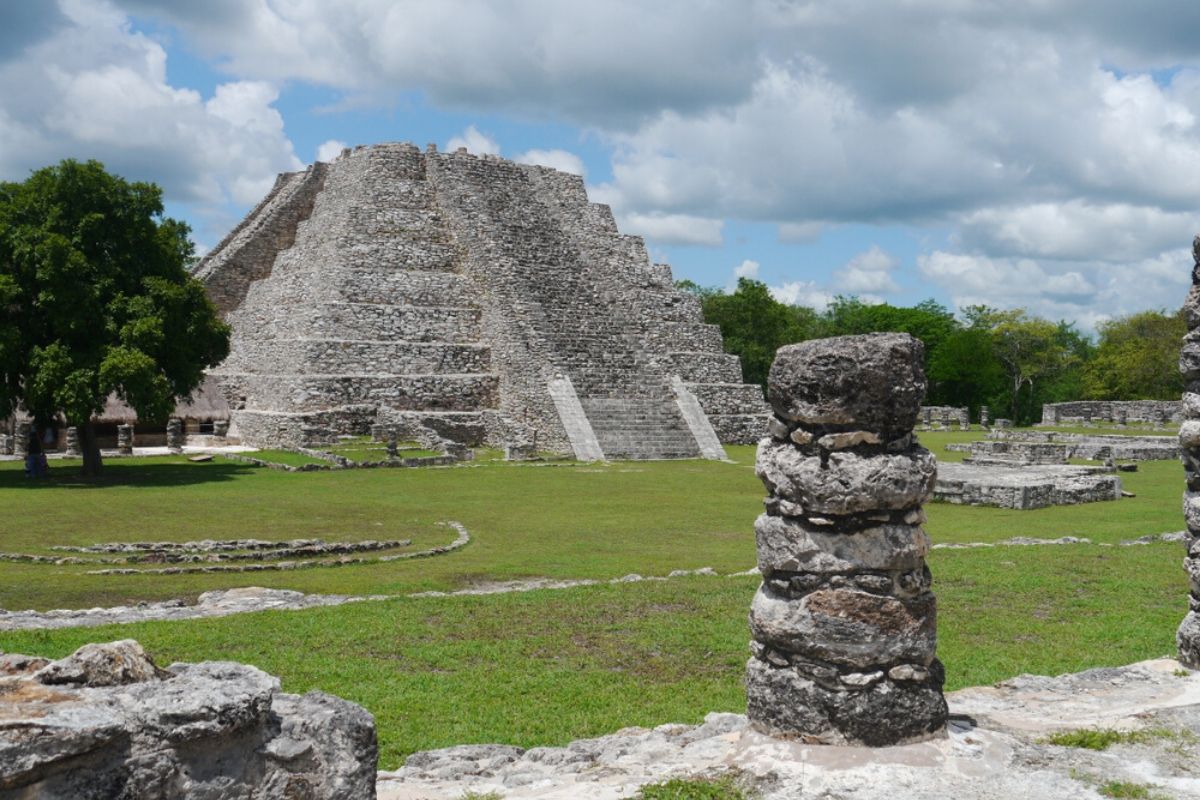 The Many Names of Mayapán

Mayapán was referred to by several names, including Zaclactun (or Zaclactun Mayapán). Zaclactun refers to “the place where white pottery was made” or could be an interpretation of the word Zac Actun, which means”white cave” according to Ralph Roys. The site was also referred to as Ichpaa Mayapán (walled enclosure) and Tancah Mayapán in the Colonial Period. The direct translation of Mayapán is “banner of the Mayas.”

Architecture and Murals in Mayapán

Mayapán’s magnificence is evident in its buildings and architecture. The influence from Chichen Itza is uncanny and seen in the main building, which is a smaller replica of the Castillo of Kukulcan. The main square is bordered by government, administrative, religious and ruling class buildings. “Observatories,” round buildings built by the Mayans, are seen on this ruin site. The ceremonial center is full of temples, altars, shrines, and platforms and are located inside the city center walls.

Murals have been found in many of the buildings and duplicate a similar style found in the codices of the Post Classic Period. The murals show scenes of war and events related to the death cult, evidence of cultural links to the high plains of central Mexico. Note that not all murals are open to the public as discovery and study of these important paintings are protected by archaeologists.

Note that there are 26 cenotes surrounding the city that were used for water and agriculture. Residential areas are located near the cenotes for convenience. 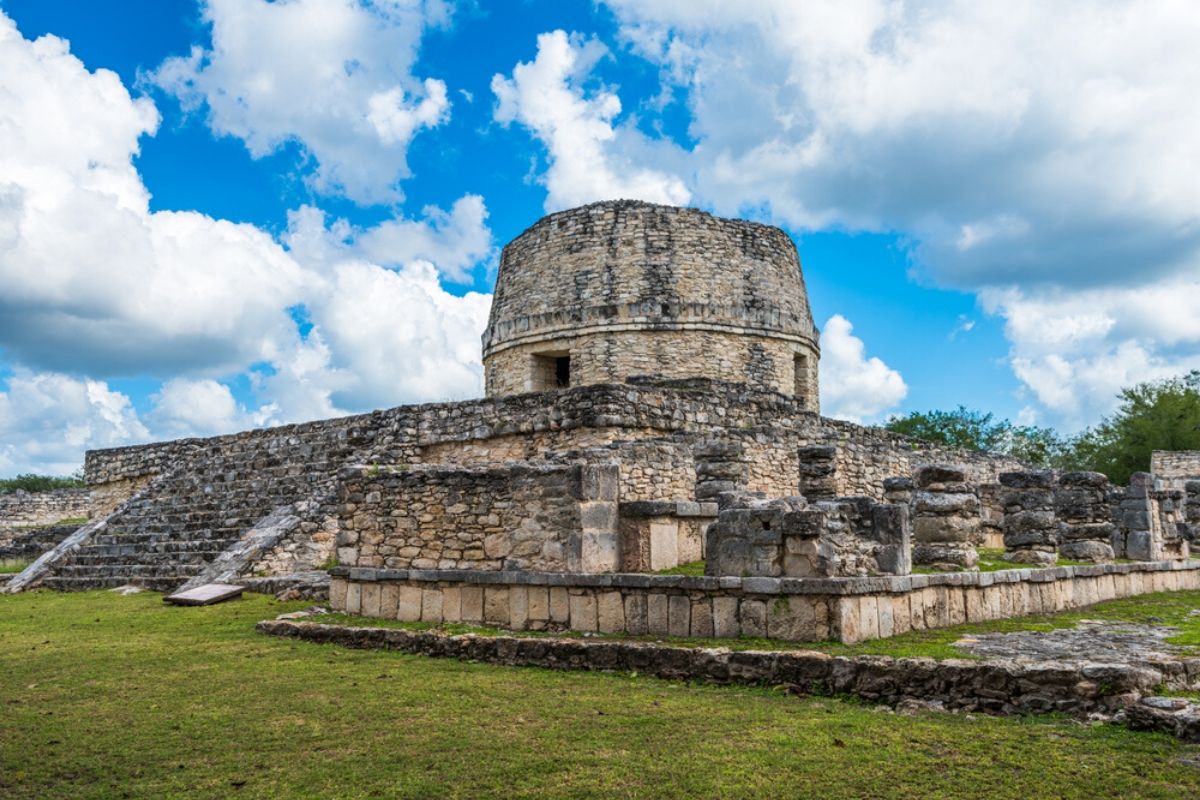 You can get to Mayapán by public bus or rental car. If you are conducting your own DIY tour, know that the Mayapán Archeological Zone is different from the town of Mayapán. The Mayapán ruins are located a few miles south of the town of Telchaquillo, about 25 miles south of Mérida and about 60 miles West of Chichen Itza.

We do recommend that travelers from the Riviera Maya or Costa Maya stay overnight in either Merida or a small Yucatan town. A day trip from the coast might be a little over ambitious. Take in the sites and fun adventures in the Yucatan cities of Izamal or Ticul or stay in the large city center of Merida for a ‘big city’ experience.