The King Has Left the Building

El Rey Ruins located in the Hotel Zone of Cancun is part of an important ancient Maya trade route. Named after ‘The King’ stone sculpture found on the site, this post-classic community is a historical location as well as a great botanical garden. We were hoping to see the King sculpture which named this site, but our search turned into an adventure that had us exploring more Mayan ruins in Cancun.

El Rey managed many functions. This settlement was a predominant piece of the Mayan Trade route, a burial ground for royalty, and an astronomy educational center. Found in 1923 by Raymond Merwin and Samuel Lothrop, there is evidence that El Rey was linked to the Itzamna community that ruled both Chichen Itza in the Yucatan and Edzna in Campeche.

As part of the trade route, El Rey had direct communication with the communities of Xel Ha, Tankah, Tulum and Xaman Ha (Playa del Carmen). Archeologists found imported and local objects during their excavation of El Rey proving this community had a role in the elaborate trade route managed by Mayan communities. 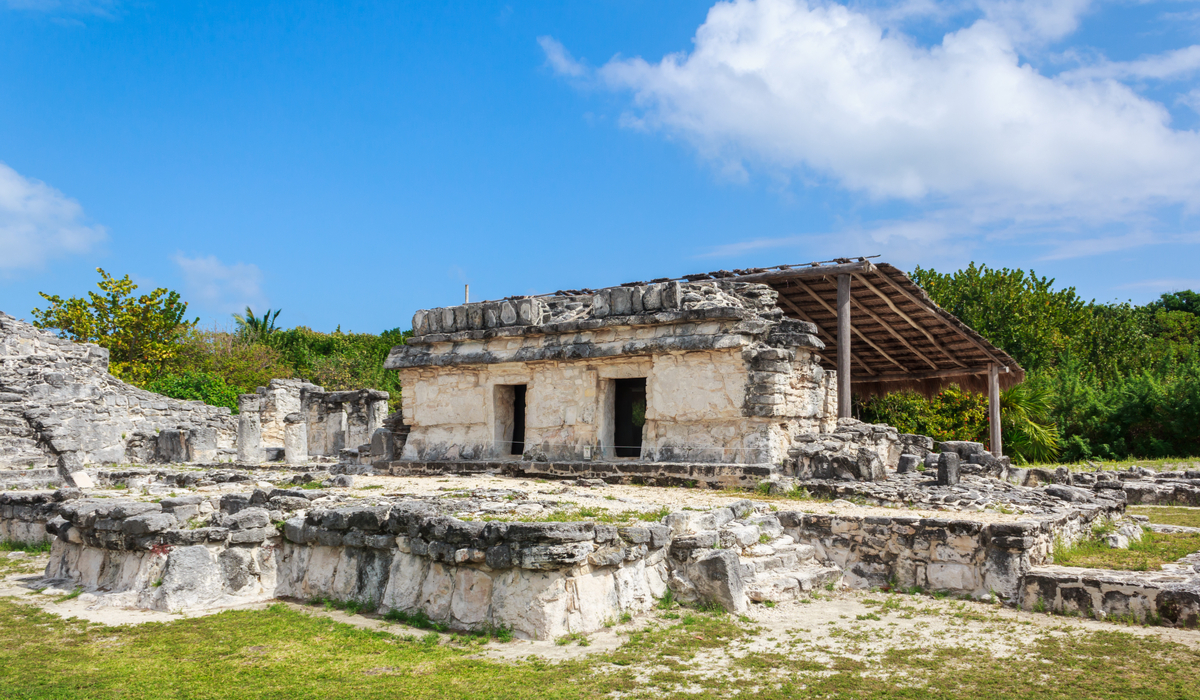 In Search of the King

The site has few large buildings but lots of platforms and bases the show where buildings once stood. As we walked through the site, we wanted to the find The King, the stone sculpture found in 1923 that later named the site. Originally El Rey was named “Kin Ich Ahau Bonil”, Maya for “king of the solar countenance,” but this name was later adopted to the Spanish equivalent.

Our game turned into a question. If the king sculpture is not on the site, which clearly it was not, then where did it go? Where was the King? To our surprise, the King was found at the Cancun Mayan Museum down the street.

This community was strategically located on the Nichupté Lagoon for protections and access to the Caribbean Sea. Like the community of Tulum, water access was critical for receiving and exporting materials to other communities. As we explored this small, intimate, ruin site, we noted the abundance of indigenous plants and trees. Some trees we could identify, some were new to us. Our wish is that the trees were explained and labeled as much as the ruins.

The post-classic Mayan site is small, 520m/1700 ft north to south and a mere 70m/230 ft east to west. Many buildings have been reduced to platforms, with a few small structures and columns still visible. The buildings of most importance are Structure 2, where the base of original pyramid and temple were located, and Structures 1 and 4 where palaces and the administrative buildings were located. The remains of the columns are visible, the palace, and only the base of the administrative buildings can be viewed. To fully understand El Rey as a community, review the San Miguelito and El Meco ruins located in Cancun. 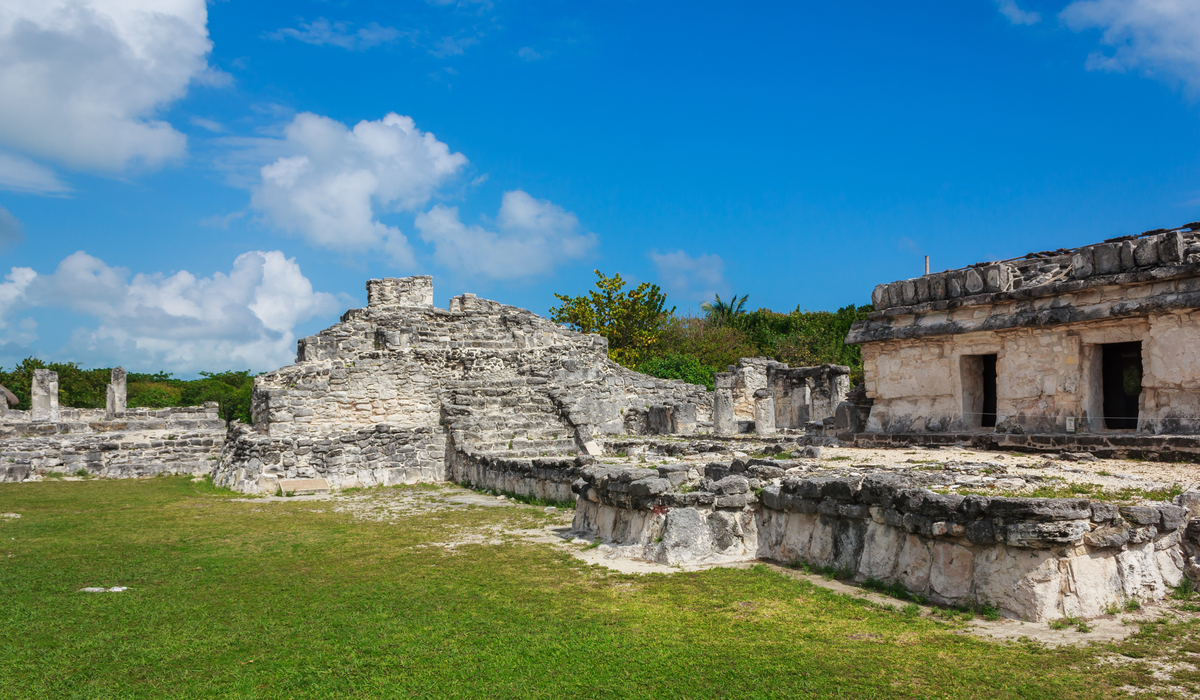 What We Love About El Rey

We love how easy it was to get to El Rey. Located in the Cancun Hotel Zone, close to the Cancun Mayan Museum, this was a great Mayan archeological site that further deepened our understanding of ancient Mayan communities. The onsite indigenous plants and trees were a marvel that kept us intrigued as we walked through the site.

How To Get to El Rey Ruins

The ruins are located at KM 18 in the Cancun Hotel Zone. The Hotel Zone can be accessed either just before the Cancun Airport exit on Hwy 307 or off Av. Tulum in the heart of Cancun. Parking is to the west of the site. This site took about an hour to explore.

If you are taking public transportation, the ADO bus to Cancun leaves from Tulum, Playa del Carmen and Puerto Morelos. To get to the ruins take either the public city bus or a taxi to the site.

With the Mayan Museum under 1.5km/1 mile down the street, this combo is a perfect half day adventure.