Discover These Southern Campeche Ruins for Yourself

The Mayan Ruins of Chicanná were rediscovered and named in 1966 by Jack D. Eaton during his exploration of the Yucatan. Eaton was poking around prior to the official start of the National Geographic/Tulane University archaeological study at the Becán Ruins and found this site. The design on the famous Structure II, ‘House of the Serpent Mouth’ inspired the Mayan name Chicanná. In Mayan “chi” is mouth; “can” is serpent and “na” is house.

Chicanná is located at the base of the Yucatan Peninsula in the State of Campeche in the Rio Bec Region. It is one of 45 ruin sites located in that area. The site takes advantage of a natural elevation found in the region so structures seem higher and, for the Maya, closer to the gods. This settlement was used for important Mayan spiritual ceremonies and rituals, so the closer to the Gods they could be, the better.

Chicanná is thought to have been at its peak from 300 B.C. to 250 A.D.but was not abandoned until 1100 A.D. The excavated buildings that the public can view were built from 600 A.D. to 830 A.D. During the excavation of the Chicanná site, non-local materials have been found at the site from as far away as the Guatemala highlands and Honduras. Archeologists assume that Chicanná had important commercial connections with other settlements throughout the area, particularly Becán, the predominant settlement in the Rio Bec Region. 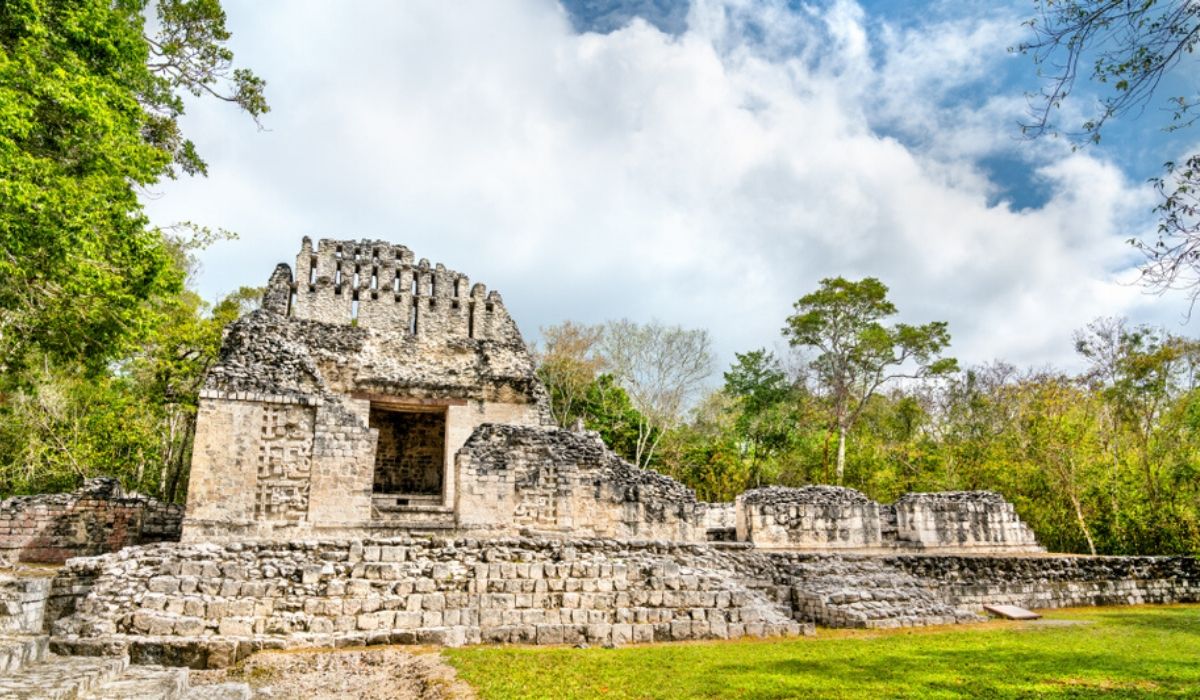 Chicanná and Its Neighbor Becán

Chicanná and Becán have a history that intertwines and overlaps. Both show evidence that excavated buildings were constructed during the Classic Period 600 A.D, to 830 A.D. and utilized Rio Bec architecture in their designs. These similarities also highlight their differences. With its rich elaborate decoration, Chicanná has often been considered the smaller elitist center of the Maya, which served as a residential zone for the rulers. Becán was the political, economic, military, and religious capital of the Rio Bec province. Chicanná was reliant on Becán where as Becán was self sufficient, as far as archeologists can see.

The Rio Bec Region is named for the shape, decoration and architectural style of the buildings located in this area. It is common to find the presence of elongated buildings lined by slender, rounded towers, as well as symbolic representations of Itzamna, the principal god of the Maya pantheon. The style is also identified by its architectural illusions. Builders constructed design motifs that created an illusion of stairs or functioning buildings. When viewed up close, you can see that your eyes deceive you and the Rio Bec builders were geniuses.

The House of the Serpent – Structure II

Structure II is what inspired the name of this Mayan settlement. The doorway on Structure II resembles the open mouth of a serpent with teeth and eyes carved into this elaborate doorway. The facade is a rendition of Itzmana the god of the Mayan pantheon. It is thought that priests would enter this building to get to the underworld, conduct their rituals, and come back to settlement as part of Mayan religious ceremonies. 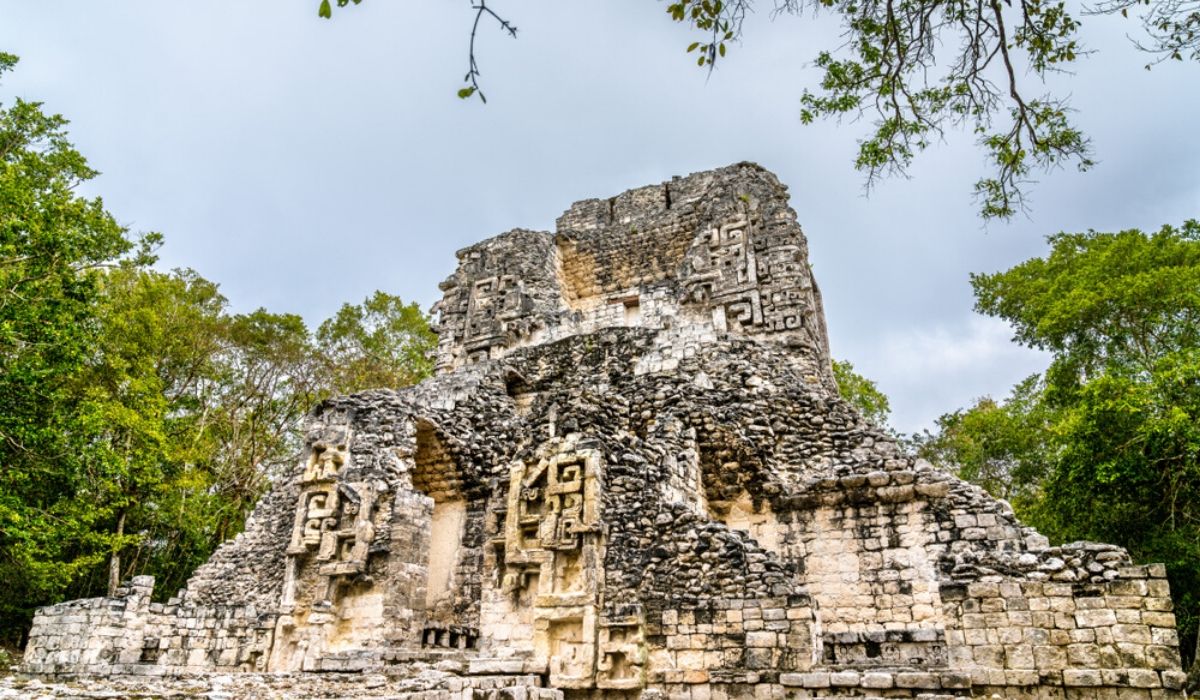 What We Love About Chicanná Ruins

The detailed architecture is what we love about this site. The site is small so you can visit other surrounding Mayan ruins on the same day. We chose to take a few days in the Rio Bec Region and visit a few sites but you can make this a day trip from the Costa Maya. An overnight trip is recommended from the Riviera Maya but local hotels are available for a one night stay. It is a fun get-out-of-dodge trip that will have you experience a very different side of the region off the Caribbean coast.

Getting to Chicanná Ruins

To reach Chicanná from the Riviera Maya and Costa Maya, take highway 307 to Highway 186 and head west. To reach Chicanná from Campeche City or Merida you must take Federal Highway 180 towards Cahampoton town and then highway 186 in the Escárcega – Chetumal direction. The Ruins are found at Kilometer 141. Opening hours are from 8:00 a.m. to 15:00 p.m. Use the time to visit other Mayan ruins close by, Becán, Balakmul and more!