A unique setting in the south makes this Mayan site worth the day trip from the Riviera Maya or a great half day trip from the Costa Maya. Chacchoben is 177 kilometers (110 miles) south of Tulum and is manageable in a day. The distance is roughly the same as Chichen Itza from the Riviera Maya. If you are traveling from the Costa Maya, it is a 50 minute drive. Chichen Itza is the most popular Mayan Ruin in the northwest and Chacchoben is the most popular Mayan Ruin in the south! So what are you waiting for? Let’s get ready for a Loco Adventure!

The Human Story that Surrounds Chacchoben

An understanding of the Chacchoben Ruins is not complete without the story of its discovery. In 1942 a local Mayan found the un-excavated ruins and decided to settle his family amongst the ruin mounts. He farmed the land, built his house and lived happily on the site with ancient ruins in his backyard. His children recall finding artifacts on the property as they played and recall their adventures with great emotion. In 1972, a traveling archaeologist found the family and the ruins and reported the site to the Mexican Government. The Mayan family understood that they could not own the land they had been living on for 3 decades and assumed the official title of Honorary Guard for the site. In 1994, INAH began excavation of the ruins which is now enjoyed by a large number of tourists daily. The Mayan family still lives close to the ruins and their house remains on the ruin site. 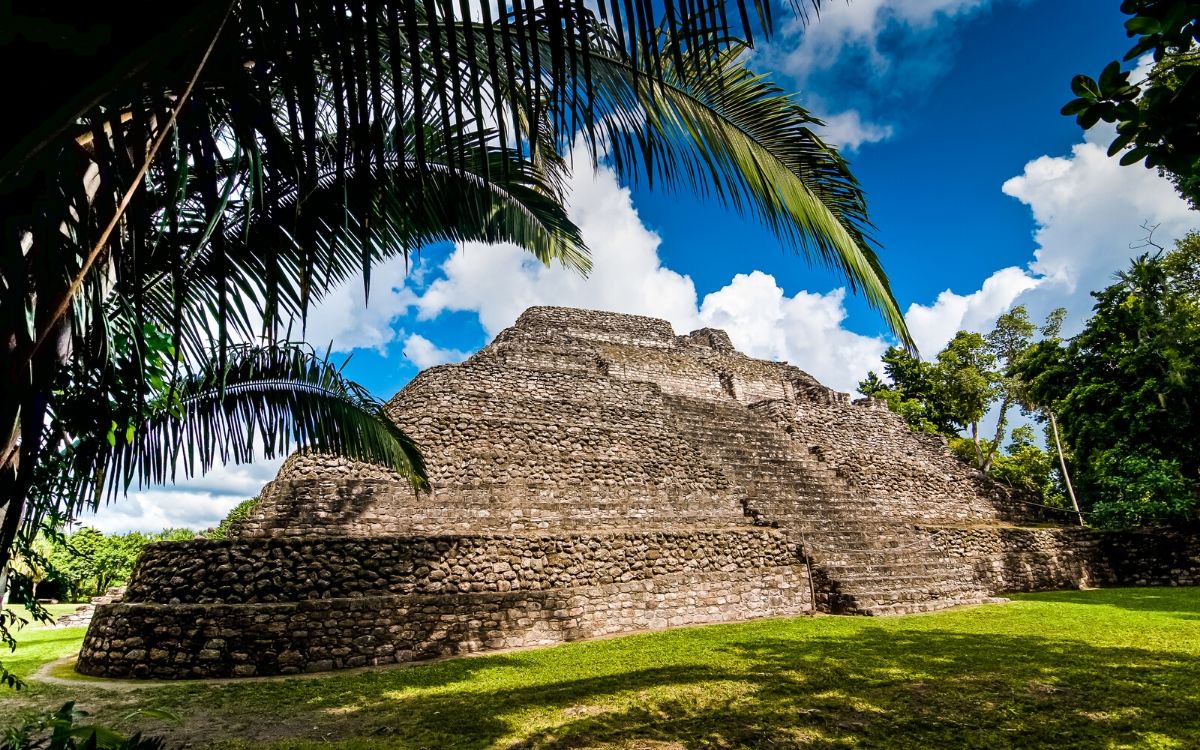 Why We Love Chacchoben

This site is historically rich with a wonderful twist. Located in the Lake Region of southern Quintana Roo, the trees, birds, monkeys and more are as interesting as the ruins. The landscape changes in this region and provides visitors a great lesson in indigenous vegetation that has impacted and been a part of Mayan life. Chacchoben proves that the life of the Maya is delicately intertwined with its environment.

When traveling from the Riviera Maya or Costa Maya, take Hwy 307 to Hwy 293. The Chacchoben archeological site is located just 3 km north-west of Lazaro Cardenas, not near the village of Chacchoben. Once you drive through Lazaro Cardenas you will see the ruins on the west side of the road. It is easy to mix up the village and the ruin site. We did the first time we visited!

The site is open from 8:00am-5:00pm, Monday thru Sunday. It is important to note; cruise ships docked at the Costa Maya Port in Mahahual include Chacchoben in their excursions. As we said earlier, Chacchoben is as popular as Chichen Itza though the site is very different from Chichen Itza. Arrive early or wait until the late afternoon to avoid crowds and have this Mayan ruin site to yourself. The less people at the site, the more monkeys and birds you will see!

Update 2015 – We recently visited this site in 2015 and loved it as much as our first few visits. When driving to the ruin site, take full advantage of the pineapple ladies who sell whole and cut pineapple at the topes before you reach the turn off to the ruins. For 10 pesos a bag of pre-cut pineapple or 40 pesos for an entire pineapple, you will experience some of the best pineapple found anywhere. It is called honey pineapple for a reason! When we arrived to the ruins, we were happy to hear and see the local monkeys. They provided a great show for us and we loved seeing them again.