Becán was “discovered” by archaeologists Karl Ruppert and John Denison in 1934. The name Becán means “ravine formed by water, (‘Be’ meaning roadway and ‘Kan’ meaning serpent) a contemporary Yucatecan-Maya name that Ruppert and Denison selected for the site. The ancient Maya name is not known. It is this architectural feature that sets Becan apart from other Mayan settlements.

When we first visited the ruins in 1992 we noticed white pyramids peering above the jungle. Being the adventurers that we are, we proceeded to investigate and found no one at the entrance to take our pesos nor any formalized tour system to guide us through this ruin site. Today, there is a small pueblo and the ruins have a proper entry area, bathrooms, and parking. Presently, visitors can walk to 20 structures located through various plazas on three hectares. 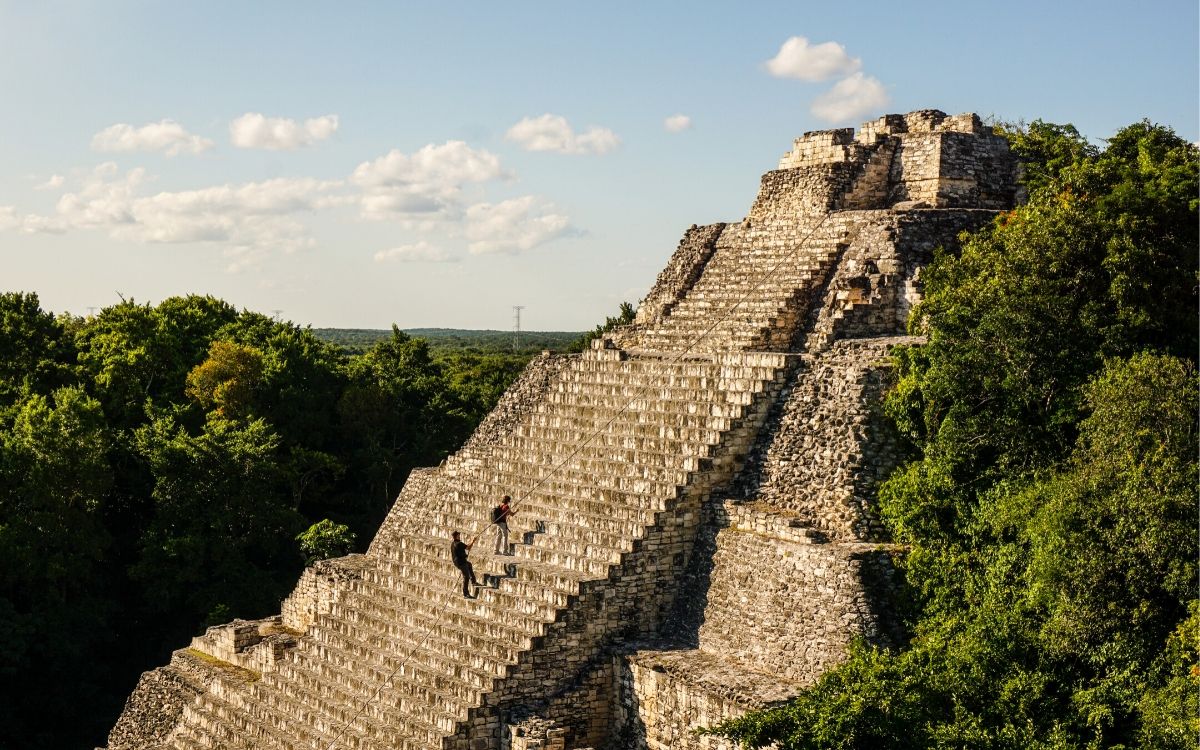 The words Río Bec (Bec River) refer to an architectural style prevalent in the central Maya lowlands, a region located in the southern part of the Yucatan Peninsula. This unique construction and design appears during the 7th Century A.D. and continued into the early 12th Century A.D.

The pyramids are defined by twin towers located on each side of the pyramids, giving the illusion of being greater in height than they actually are. These structures do not have any interior rooms and did not have a function, they were only for show. The Rio Bec stelae seems to be focused on illusion and not function as more structures are found to the appearance of function. There are false stairways and misleading entrances.

Becán was the political, economic, military and religious capital of the Rio Bec province. The sites of Xpuhil, Chicanna, Puerto Roci, Okolhuitz, Channa and Ramonal also belong to this lowland region in the Yucatan where the river and lagoon of Campeche intersect. The City is characterized by large plazas surrounded by monumental structures indicating its importance in the region. Becán also shows signs of the Chenes influence a community close to Becan with detailed masks of the Itzamna god, also called the Earth Monster. Becan was one of the many cities that fought against Tikal, a Mayan settlement located in Guatemala, for dominance in the region.

Construction of the city of Becán began as early as 550 AD. From 100 AD to 250 AD, the famous moat and wall was constructed around the Plazas to protect the city’s leaders and elite. Expansion of the city slowed until 550 AD when Becan experienced another growth in its population and its structures. The city remained inhabited until 1200 AD.

The primary section of Becán is surrounded by a moat, wall and tunnels, where in some places the limestone reaches almost 11 feet tall. The moat is approximately 2 kilometers long and was created in the late pre-Classic between 100 and 250 A.D. Twenty structures are prominent within the walls of the city and are labeled by number not English names. 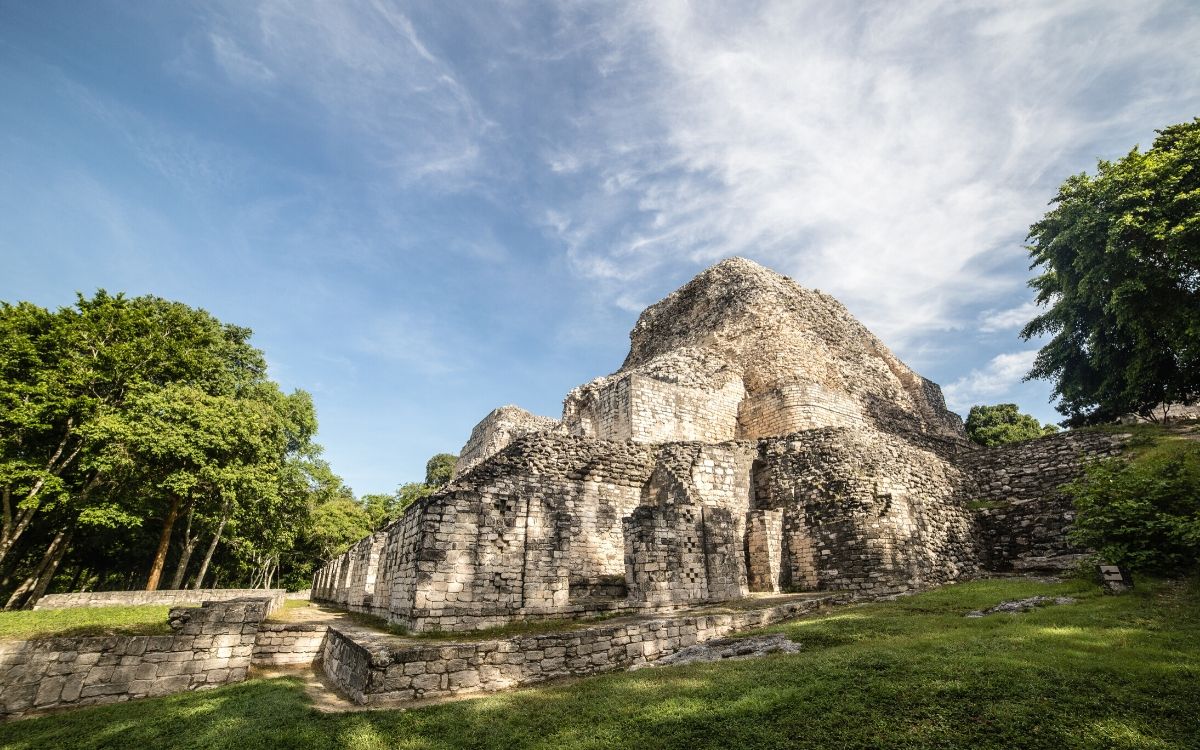 Getting to Becán in Campeche

Becán is located just beyond the state lines of southern Quintana Roo in Campeche, 6 kilometers west of the town of Xphil. From the Caribbean coast, it is easiest to drive from Chetumal west on Hwy 186 into the Yucatan and Campeche. The turn to Becán is marked by a highway sign, and the archaeological zone is about 500 meters to the north of the highway. Becán is roughly 3.5 hours from Tulum.