The Aké Ruins located just 40 kms (22 miles) east of Merida, reflects the complicated history that defines the Yucatan Peninsula. We have been wanting to visit this archeological site for a while, and were completely taken aback by the combined Mayan-Spanish history we found in this site. What we came across was an archeological site built in 350 BC surrounded by protective walls, a grand plaza, and various sac be’s that once lead to Izamal (32kms/20 miles away). But before we found the entrance, we saw a working Hacienda that utilized some of the old Mayan structures as its base and had its own Spanish ruins that told its story. This combination of Maya-Spanish history made this visit beyond spectacular.

The Mayan city of Aké has a long and influential history that Stephens and Catherwood touch on in their book The Incidents of the Yucatan. Aké was the last ruin they visited before their studies of the Yucatan ended.

This Late PreClassic Period Mayan City remained influential until the Post Classic period when the Spanish arrived. It was the site of a 16th century battle between the Maya and Francesco de Montejo, the head of the Spanish family who also conquered and built Merida.

It was in the mid 17th century that Hacienda San Lorenzo Aké was built as a cattle farm then transformed into a henequen plantation during the boom of the ‘green gold’. During WW1 henequin lost its global hold on the market. San Lorenzo Aké hacienda continues to make and market this natural fiber, though it was significantly damaged by Hurricane Isadore in 2002.

What visitors see at the Aké Ruins is a merging of two worlds, the Maya and the Spanish, with ruins leaving a trace of this history. A good portion of the henequen factory, the owner’s home and the church are still in great working order, with the Maya conducting walking tours of both sites. 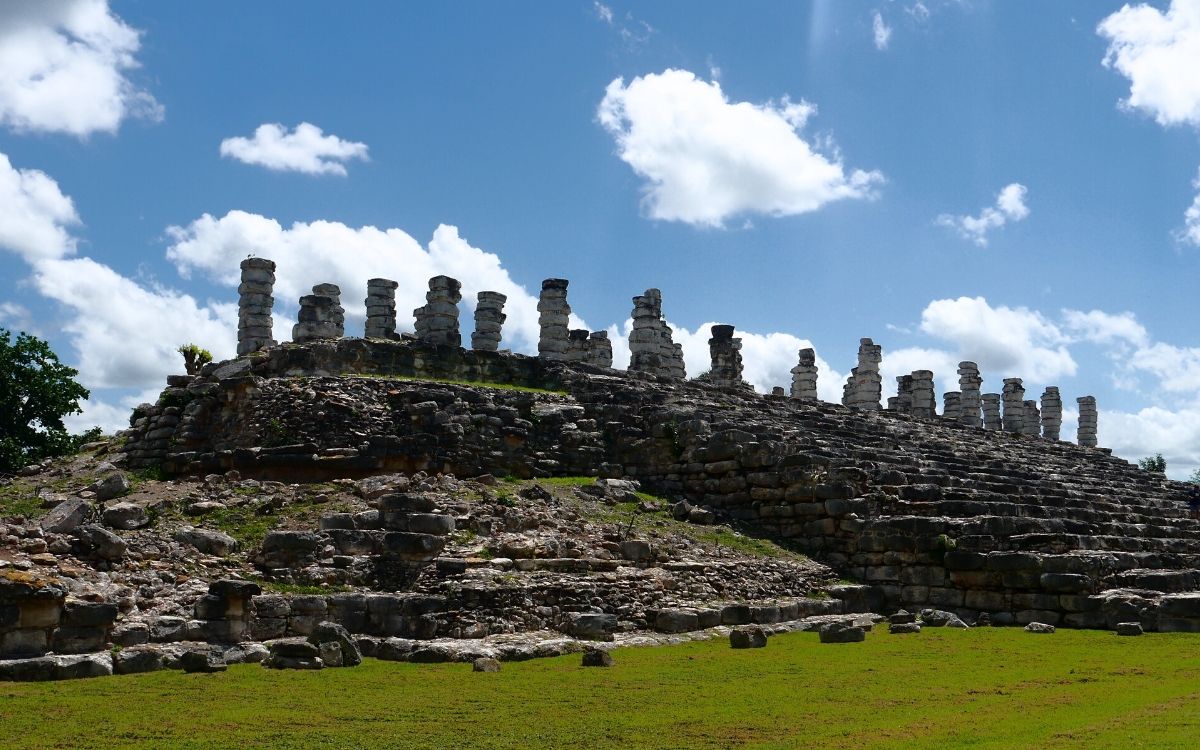 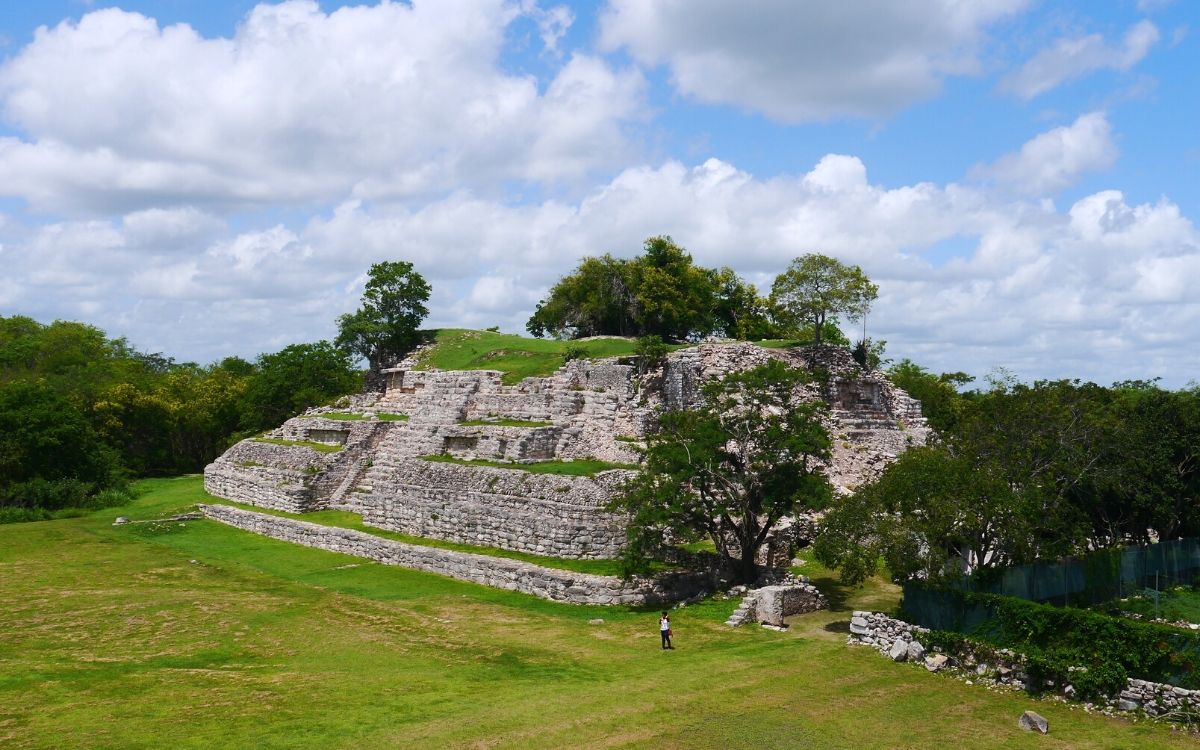 How To Get To The Aké Ruins

The Aké Ruins and Hacienda San Lorenzo Aké are located in the small town of Aké just off the 180 highway. We are unaware of any public transportation that goes to Ake so a rental car or transportation service is required. It is east of Merida and west of Izamal, two popular cities in the Yucatan. We suggest going earlier in the morning as there is little shade in the archaeological site. The early start leaves you ample time to tour the Hacienda with a guide and walk through the old machine shop on the property (now in ruins). This is also a good day trip from Merida, if you are spending time in the State Capital.

Note: Bring water, snacks, pesos for tours, and a map. There is little in the town of Aké so come prepared for a few hours. We spent at least 4 hours at this location, as we were fascinated by the merging of histories and loved both of our guides stories.