Chichen Itza a ‘Must See’ Wonder of the World

We were first introduced to Chichen Itza through John Lloyd Stevens travel book “Incidents of Travel in Yucatan’ published in 1843. Now, Chichen Itza is a UNESCO World Heritage site, the #2 most visited archaeological site in Mexico and in 2006 awarded the title of one of the new 7 Wonders of the World. Chichen Itza has played an important role in understanding Mayan and Mexican history making it a top tour in the Riviera Maya and an excellent Loco Adventure.

For us Chichen Itza is a dream day that we had planned for a long time and we were not disappointed. Located in the State of the Yucatan just 75 miles from Merida, Chichen Itza is an easy day trip from the coastal cities in the Riviera Maya or colonial cities in the Yucatan. Put on your walking shoes and get ready to explore this archaeological site that took hundreds of years to build by many different cultures that left strong evidence of their architectural influences.

So here is our best effort of sharing the history and fast facts of this Mayan ruin site. There is more to study for the aficionado but this information will get you started and prove to make your trip richer, more informed and more pleasurable! 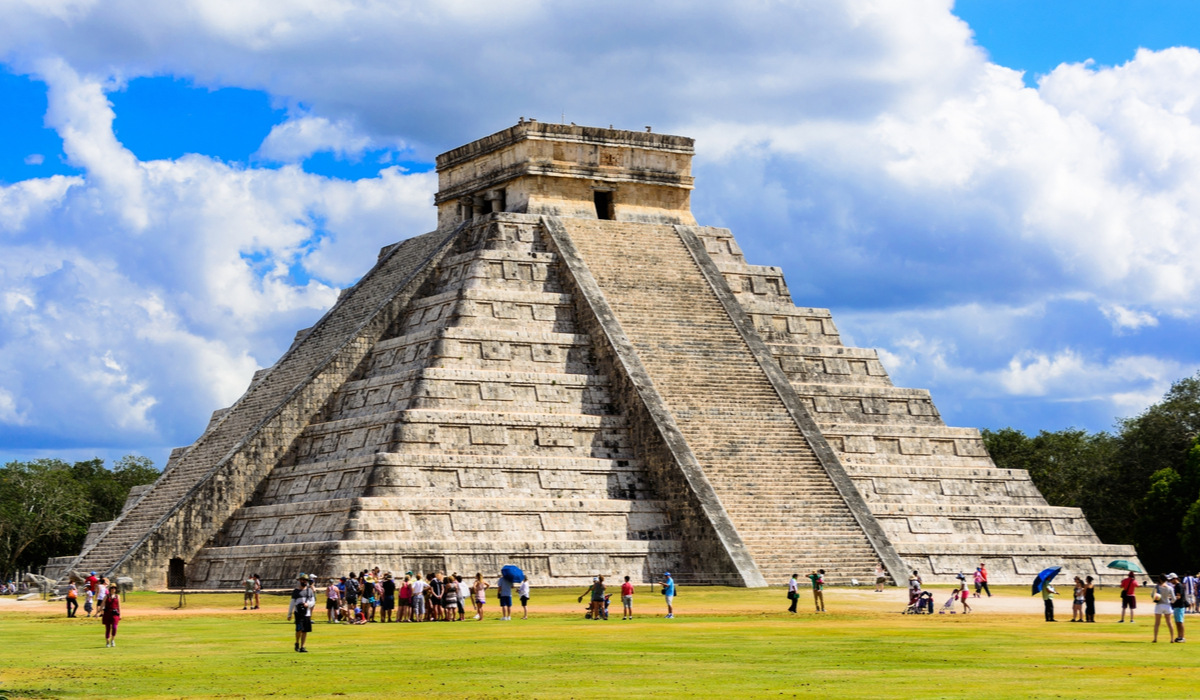 Chichen Itza – The Sacred City of the Itza

Chichen Itza (chee-chehn eet-sah) means“Mouth of the well of the Itza” named for the large cenote and water source by the first settlers of the city. The first settlers of the land were the Itza’s around 400 A.D. where the city was developed as an agriculturally based society. The Sacred Cenote supplied water to the farmers and continues to be the focal point of Chichen Itza’s evolution as a central city.

From 800 to 925 A.D., the foundations of this magnificent civilization weakened. The Maya abandoned their main religious center and created new communities only to return in the same century.

Toltec Influence On the City of Chichen Itza

Around 1000 A.D. the Itza allied themselves with two powerful Toltec tribes, Xio and Coccom. It is during this alliance that new construction continued in the city of Chichen Itza that showcased the influences of the Toltec tribes. Toltec art and architectural accents include porches, galleries, colonnades and carvings depicting serpents, birds and Mexican gods.

As the architecture changed so did religious practices and beliefs. The Sacred Cenote once a source of water for agriculture became a space for large scale human sacrifices honoring the God of Rain.

The residents of Chichen Itza expanded their dominions in northern Yucatan with an additional alliance with Mayapan and Uxmal. It is during this time that the political base of Chichen-Itza expanded and the city added even more spectacular buildings: the Observatory, the Temple of the Warriors, The Group of the Thousand Columns and the ball court. The focal point of the region, an amalgam of an older Mayan city and newer Toltec settlement, is the towering Kukulkan’s Pyramid, which is filled with cosmological symbolism.

In 1194 A.D. Mayapan broke the alliance held between the Itza, Xio and Coccom, which subdued Chichen and Uxmal. The city was gradually abandoned and found by the Spanish in the early 1500’s where they found crumbling buildings surrounded by dense jungle.

A New York lawyer rediscovered the city in 1842 and brought in amateur archeologists to begin restoration. . Real restoration and reconstruction by the Carnegie Institute and Mexican government began in 1922, and continued for 20 years. Today, preservation of this influential Mayan city continues. Tourists are not able to climb the grand Kuklukan pyramid to preserve the building and architectural details. 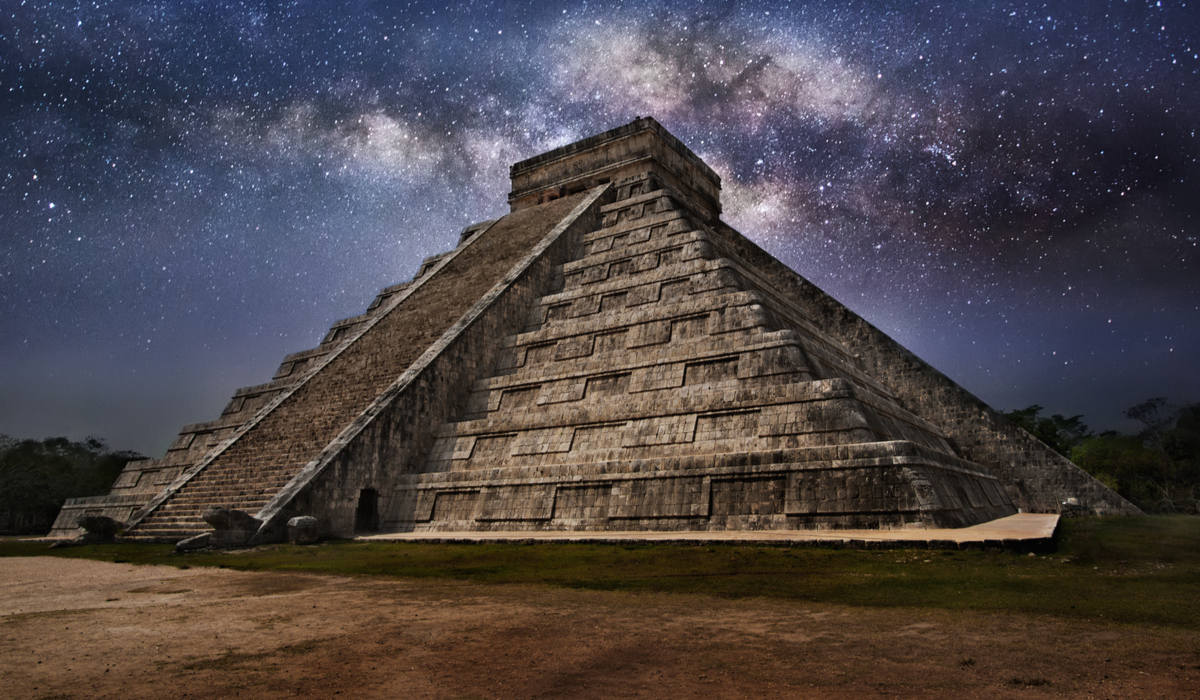 Kukulkan Pyramid
Possibly the best known construction on the site, or even in the world is Kukulkan’s Pyramid. El Castillo (Kukulkan-Quetzalcoatl), a square-based, stepped pyramid that is at the center of the city and built for astronomical purposes. The unveiling of the serpert can be seen during the vernal equinox (March 20) and the autumnal equinox (September 22) at about 3pm.

Ball Court
The enormous Chichen-Itza ball court where this famous game was played is the largest ever found. The walls of the ball court are lined with fascinating carvings that display the rules and details of the sacred game. One carving even shows a captain of a team being beheaded. Whether it was the captain of the winning or losing team, we will never know.

Sacred Well
If you have yet to see a cenote, the sacred well is a great place to start. Walk out to the location and imagine the many uses this water source had throughout the changes experienced at Chichen Itza.

The Observatory
The Mayans were very interested in and studied the stars. Their observatory is a complicated structure with a circular tower. Through slits in the tower’s walls, Mayan astronomers could observe the stars The temple’s name, which means “snail” comes from a spiral staircase inside the structure, which is now closed to visitors.

Platform of the Skulls
The Wall of Skulls is also called Tzompantli, derived from an Aztec word. The Spanish named all similar structures found throughout Mexico ‘Tzompatli’ even if the wall was found in Mayan territory. The Platform of Skulls located in Chichen Itza can be found along one side of the Temple of Jaguars. There are three platforms in the Great Plaza next to the Kukulkan Pyramid, but this is the only one where the heads of sacrificial victims were placed. One wall has carved heads while the other walls show human sacrifice, skeleton warriors, and human hearts being devoured by eagles.

Other Chichen Itza Buildings
Other buildings worth noting are the Platform of the Eagles and Jaguars and the Platform of Venus. Sacbe Number One is also quite impressive and shows how the communities used the white limestone to guide them through the jungle and city at night. The Group of a Thousand Columns, which once would have supported an extensive series of roofs is an interesting display of architecture. There are also numerous smaller temples including the Temple of Carved Columns, the Temple of Small Tables, the Palace of Ahau Balam Kauil decorated jaguars, and The Temple of the Warriors. Some of these temples are quite well preserved while others will take a bit of imagination when viewing. others are in ruins. The roads, especially.

Map of Chichen Itza City (print it,save it,bring it with you in your mobile device!)

How to get to Chichen Itza

Download our Chichen Itza Itinerary to find the best way for you to see Chichen Itza. Choose from a DIY (Do It Yourself) Tour, go with friends or join a guided tour. We made it easy for you to enjoy your day at Chichen Itza and added a few little extras local insights to make this day trip more memorable.

Update 2015 – The road from Valladolid to Chichen Itza has been upgraded! This previously one lane highway is now two lanes with brand new asphalt. Additionally, the new Playa del Carmen toll road takes a good amount of time off your Chichen Itza drive is you wish to skip the back roads. We still love the back route, but we know some visitors want to get to the ruins faster!

Now that’s a Loco Adventure if I ever saw one!